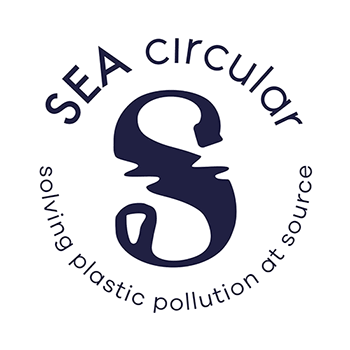 PLASTIK”, a wake up call to end plastic pollution

(PLASTIK)” – a wake up call to end plastic pollution

Imagine, a child is drowning in the sea of plastic, people are eating food made of plastic, pets are eating plastic particles – are these not shocking? Yet, these images could become real if we fail to end plastic pollution now. We must not hand over an earth full of single-use plastic to our future generations.

UN Environment Programme through the SEA circular project, introduce a short film, “(PLASTIK)” – commissioned by MeshMinds and produced by Studio Birthplace, that exhibits the significance of both individual and collective action to combat plastic pollution in the South-East Asian region.

The film, featuring a child looking through a telescope made out of a plastic bottle, shows hyperrealist glimpses of a plastic-polluted future. The narrative helps the audience view the plastic pollution crisis through the eyes and imagination of a child. The film warns how human life can be affected if plastic waste becomes unmanageable. It shows that even children can influence their families to say no to single-use plastic and that we must #ActNow to #BeatPollution because we have #OnlyOneEarth. Rising global plastic production is estimated to double by 2040 from 400 million tonnes per year. Yet it is estimated that only 12% of the plastics produced are incinerated and 9% are recycled. A significant amount of it makes its way into lakes, rivers, and oceans, eventually contaminating our food and water. It not only threatens the livelihoods of those who depend on marine resources for work, but also may lead to a raft of health issues for people who consume seafood infested with toxic micro and nano-plastics.

Launched in conjunction with the World Environment Day 2022, (PLASTIK) visually narrates the social implications of plastic pollution particularly in the South-East Asian context; to raise awareness of the crisis; and to activate emotions and empathy that will drive behavioural change amongst youth in the region to say no to single-use plastic.

“(PLASTIK)” is the first-of-its-kind short film, with a full cast and crew from South-East Asia, that uses creative storytelling and live-action drama that captures the audience and catalyses action to eliminate single-use plastic from lifestyles. It pulls at the heartstrings; and wrenches and warms both equally.

“Only One Earth – is the same theme that was used when the first World Environment Day was held in Stockholm in 1972. Today, 50 years later, this message holds just as true. Planet Earth remains our one and only home, and we must do everything in our power to protect it.

“The film (PLASTIK) has a very strong message connected to this – it’s time we enhance shared responsibility to end plastic pollution. Future generations must be able to enjoy an ocean free from plastic pollution – and food and water free from micro-plastics. This is our responsibility to solve,”, shared Mr. Jon Åström Gröndahl, Swedish Ambassador to Thailand, after watching the film.

(PLASTIK) is inspired by the SEA circular project’s 100 Days to #BeatPlasticPollution campaign launched in 2021, which promotes individual actions to beat plastic pollution and continues to catalyze behavioural change, especially in the South-East Asian region.

“Solutions to the systemic challenges of plastic pollution require strong collaboration and accountability across sectors, borders, and value chains. The call to beat plastic pollution is a call for every individual, every business, and every government to act,” said Dechen Tsering, UNEP Regional Director and Representative for Asia and the Pacific.

Due to the rapid growth in plastic production and inadequate management of solid waste – resulting in overflowing landfill sites and plastic leakage, our seas are choked and ecosystems and livelihoods in South-East Asia are threatened. Moreover, a surge in plastic pollution is seen in recent years due to sudden increase in single-use plastics for COVID-19 safety precautions, home delivery, and takeaway food.

“Humankind learns by watching and then doing. Films have the power to effect social change by impactful and compelling storytelling. By illuminating the shared human experience, expands our perspectives beyond our close circle, and inspires us to take action.

“South-East Asia is a hotspot for plastic pollution. We hope that in producing a short film for social media with a fully Asian cast and crew, we can deepen engagement and catalyse long-lasting behaviour change amongst the South-East Asian youth audience to take individual and collective action to end plastic pollution”, says Kay Vasey, Executive Producer of “(PLASTIK)” and the Chief Connecting Officer of MeshMinds.

The SEA circular project – Reducing marine litter by addressing the management of the plastic value chain in Southeast Asia is implemented by the UNEP Regional Office for Asia and the Pacific and the Coordinating Body on the Seas of East Asia (COBSEA), with funding support from the Government of Sweden. SEA circular aims to reduce and prevent plastic pollution and its impact by working with governments, businesses, civil society, academia, and international partners. The initiative promotes market-based solutions and enabling policies to transform plastic value-chain management, strengthens the science base for informed decision making, creates outreach and awareness. The project leverages COBSEA’s regional mechanism to tackle the transboundary challenge of marine litter in a harmonized manner.

Regional dialogue on ‘Perceptions on plastic waste: A dialogue on the findings of a regional study and the role of businesses in accelerating circularity’