Thailand is the world’s sixth biggest contributor of marine plastic litter. There is an abundant leakage of plastic waste into water, waste water and drainage systems across the country. 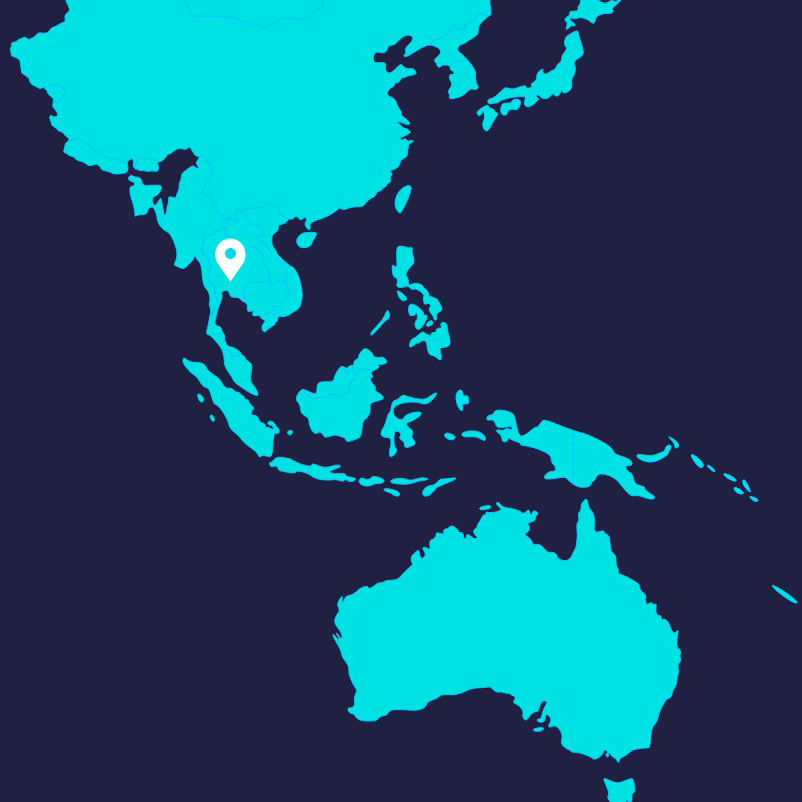 Approximately 51,000 tons of the uncollected and improperly disposed plastic waste in Thailand gets washed into the sea each year. Along Thailand’s 3219km coastline – rich in coastal and marine biodiversity – plastic pollution is impacting the beaches, coral zone and mangrove ecosystems.

Economic growth – bringing increasing production and consumption – is leading to higher waste generation. Plastic production in Thailand is growing at 2.9 percent annually and it’s increasing. Plastic packaging waste is a major component of the waste found on the beaches in Thailand.

Municipal Solid Waste (MSW) collection rates in Thailand vary significantly between urban and rural areas. Open dumpsites outnumber sanitary landfill, with open dumping the most commonly used method of MSW disposal. Just 0.5 million tonnes of the plastic waste can currently be reused, whilst the remaining 1.5 million tonnes, (80 percent of which are single-use plastic bags) accumulate in official dumping sites or elsewhere. The unmanaged plastic waste component of MSW during its collection, transportation and disposal gets leaked into the ocean.

Thailand has strongly committed to address marine litter and plastic pollution. There is a well established and emerging environmental regulatory framework in place, supported by strong acts, plans and regulations. A marine litter and plastic waste master plan is under preparation. Key players in the private sector are involved in circular economy initiatives, as well as supporting recycling and disposal of plastic MSW, industrial and hazardous waste. Civil society organizations have undertaken successful initiatives to address marine litter and plastic pollution. Clear indicators and targets have been identified to reduce single use plastic production, increase recycling rates, improve packaging options and increase consumer awareness.

18 May 2020, Bangkok, Thailand: The COVID-19 crisis has dramatically disrupted business and exposed major vulnerabilities in the economy and global supply chains. This OECD event ​will gather thought leaders from government and

Plastic use rising in SEA due to COVID-19

13 April 2020, Bangkok, Thailand: Single-use plastic bags are making a comeback as a result of the coronavirus outbreak. After their use was restricted at the start of the year, plastic bags can once again be seen littering the st

3 April 2020, HCMC, Viet Nam: All supermarkets, trade centres, convenience stories, and bookstores in Ho Chi Minh City are striving to replace plastic bags with environmentally friendly options by the end of this year. This move i

The APFSD is an annual and inclusive intergovernmental forum and a regional platform for supporting countries in the implementation of the 2030 Agenda for Sustainable Development.

This series of workshops aims to coordinate relevant projects in SEA on marine litter and plastics circular economy, synergize activities and avoid overlaps.